Planning a Trip to Vancouver 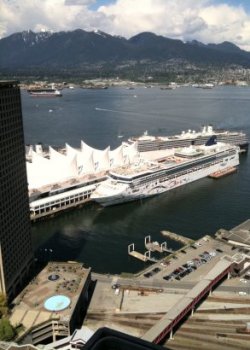 This page is designed to help those first time individual visitors or those planning to bring a group to see Vancouver.

There are many sightseeing attractions that most bus companies take their customers to, or you can customize a tour to include:

Group planners: To park a tour bus anywhere in Stanley Park, such as the Totem Poles or Prospect Point:

Bus Parking tickets are good for both Stanley Park and Queen Elizabeth Park on the same day. 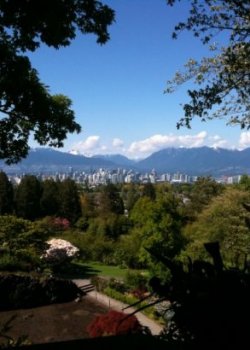 If you've already arranged for a local bus company, call them back to ask if their charges includes the parking fees. Otherwise your driver, tour leader or local guide will have to purchase the ticket and get the receipt to you later.

Individual visitors, if taking a local sightseeing tour, this fee is already built into the cost of your fare.

Buses must drop off & pick up in a designated area only and may not stay on the island while the passengers are exploring the island.

There are other policies for coming onto the island in the winter or after 6 pm during the summer. Please visit GranvilleIsland.com for more information.

A standard city tour takes about 3 to 4-hours depending on the number of stops. There are also several 'hop-on hop-off' sightseeing tour companies as well; their circuits average 2-hours.

Often, especially on a chartered tour, some groups are taken on a partial 'city tour' with one or two stops in North Vancouver, such as at Capilano or Grouse Mountain. The Capilano Suspension Bridge (capbridge.com) also runs a free year-round shuttle bus from downtown Vancouver to their venue. Grouse Mountain (grousemountain.com) also runs a free summer shuttle bus from downtown Vancouver, otherwise public transit (translink.ca) is available. Both of these venues are located less than 10 minutes from each other, and 15 to 20 minutes from downtown by car. 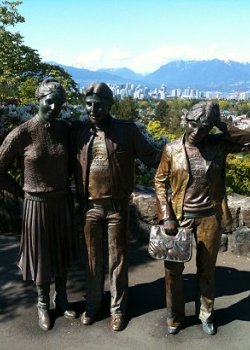 Vancouver is often rated one of the best cities in the world for riding a bicycle, especially on our "seawall." This 16 mile or 26 kilometre seaside route starts downtown at Canada Place and the convention centre, runs completely around 1000-acre Stanley Park, by English Bay and Sunset Beaches, along both sides of False Creek, past BC Place Stadium, Rogers Arena, Science World and Granville Island, the H.R. MacMillan Space Centre, the Maritime Museum, then heads west to Kitsilano Beach and pool.

You'll also pass by many small parks, marina's, popular public art pieces and places to stop for a snack or a washroom break. The seawall is also separated from vehicle traffic and for the most part pedestrians and joggers.

There are numerous bike rental locations and we can also introduce you to local guides who lead bike tours for individuals or groups on the seawall, into some of the trails in Stanley Park or around the city. Just let us know.

(Bike helmets are mandatory in BC and can be rented separately.)

Please click the link below for attractions throughout Vancouver and surrounding areas.